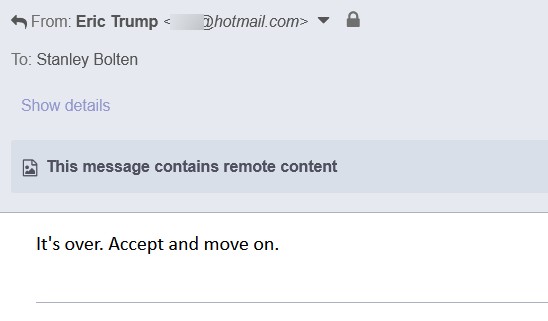 A conversation has been going between the volunteers of the Justice for Brian D. Hill of USWGO alternative news campaign blog and this Eric Trump from hotmail.com. We have tried to convince him of the actual innocence of Brian D. Hill and the need for his father to grant Brian a full pardon of innocence or acquittal. This Eric responded first by saying that it sounds like fake news and we tried to show him the court documents and Brian tried to mail him documents and CD-ROM discs. The mailing disappeared from the tracking system and then Stanley Bolten received an email from Eric Trump at a supposed hotmail.com email address and not from his official Trump Organization email account, telling Brian that he should accept his fate of being wrongfully convicted and move on. 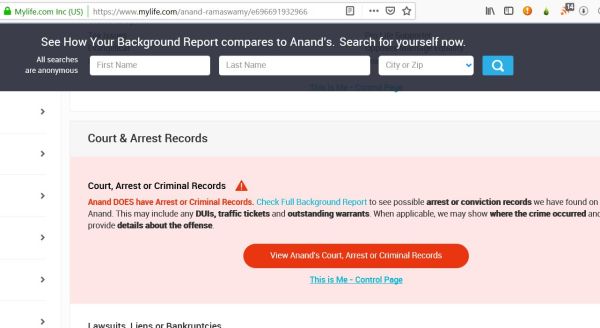 by: Laurie Azgard On July 23, 2019, a new federal prosecutor has been assigned as the lead attorney in the case of United States v. Brian David Hill in the middle district of North Carolina [USWGO alternative news]. Is Anand Prakash Ramaswamy no longer involved with Brian's case? Then when you check out a page... END_OF_DOCUMENT_TOKEN_TO_BE_REPLACED

NOTE: Brian D. Hill of USWGO Alternative News has appeared on this entire show and had appeared on the show for 3 hours explaining that he was framed and the U.S. Attorney working to start up a pre-filing injunction and sealing gag order against Petitioner Brian D. Hill. He was interviewed and the while 3... END_OF_DOCUMENT_TOKEN_TO_BE_REPLACED