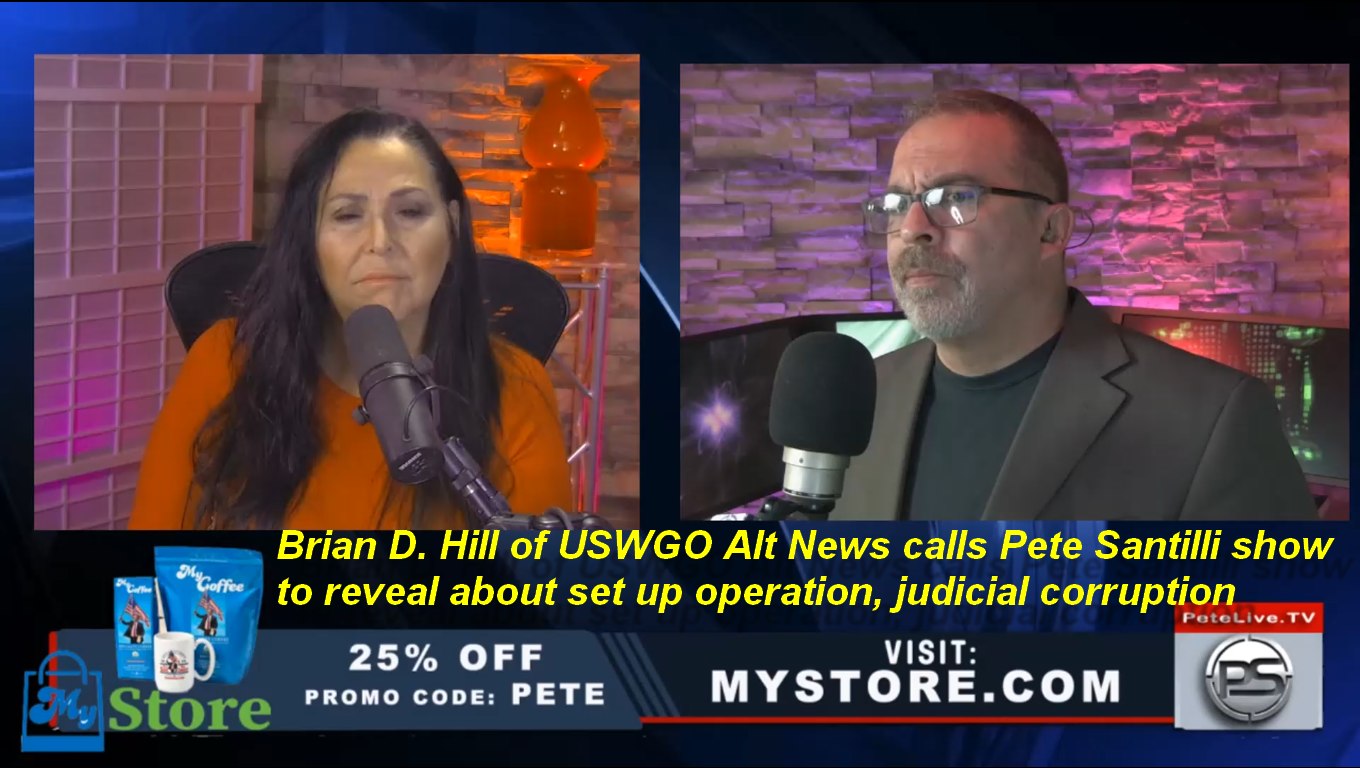 Note: If you are investigating what happened to Brian D. Hill, there is a lot of evidence and issues to look at but we have the most important pieces of evidence Brian brought up to Pete Santilli with the limited time. Anybody who has watched the Pete Santilli show where Brian Hill called in or is involved with that show can review the evidence below in this article, below the video of Brian Hill calling in.

The We Are Change article, approved by Luke Rudkowski of We Are Change: https://wearechange.org/case-brian-d-hill/ – WRC EXCLUSIVE: Alternative Media Writer Brian D. Hill Setup

Pete Santilli you been mentioning about NEUSTAR, and Lockheed Martin. Before Brian D. Hill was framed, he interviewed a man who worked for Lockheed Martin and was a NASA Engineer, he also worked at Area 51 behind the scenes. Since Brian won’t be able to interview him anymore, just thought I bring up why he said no comment, he did work there at Area 51.

NEUSTAR may be connected in all of this. Brian thought he call into Pete Santilli because of the NEUSTAR connection. Brian already suspected federal judges involved in his case were blackmailed with child rape and murder after statements from Attorney Lin Wood. Brian is seeking answers. He wants to see if NEUSTAR is connected with the judicial corruption involved in Brian’s case. See the most recent article on Brian asking for a Special Master to review over the alleged child rape and murder blackmail scheme from Attorney Lin Wood: Brian D. Hill files Petition for Rehearing with blackmail arguments, citing Attorney Lin Wood, raising John Roberts Chief Justice being compromised, explains why Special Master should be appointed to review over alleged child rape and murder blackmail videos – Justice for Brian D. Hill of USWGO Alternative News

Also Pete, it should be noted, Brian forgot to mention on your show that Roger Stone thought Brian was innocent of his charge to risk himself pushing for a pardon. Roger Stone did really tried to help Brian but he failed though. God Bless Roger Stone for trying. LEAK: Roger Stone pushed Brian D. Hill’s innocence Affidavit to White House attempting FULL PARDON before President Trump left office in 2021 #truth – Pardon was never issued because of January 6 which shifted White House focus – Justice for Brian D. Hill of USWGO Alternative News

So now you have the evidence, enough warranting that Brian D. Hill is innocent of his federal conviction and was almost pardoned by Donald Trump. He received a lot of legal documents from Brian including affidavits. Roger Stone had the time to thoroughly investigate Brian’s claims. If Roger Stone felt that Brian was innocent, then that is something which can add credibility to Brian’s claims.

You have enough evidence starting points.

Here is a little bit more. Since the Pre-sentence report is sealed, there were public mentions about no victims and not being of a known series which contradicts Detective Bridge’s claim in the search warrant. That search warrant was never used by the U.S. Attorney in Brian’s federal case which is odd, acted like it didn’t exist.

You have everything you need as starting points.

There are no reported victims as the U.S. Attorney or Feds do not have to contact any victims regarding Brian;s release status. Brian has no victims, he is a virgin.

Here you go Pete Santilli. Everyone has the proof and research materials they need when having limited time.

Also you can find this episode at BIDEN 60 MINUTES INTERVIEW WAS AN ABSOLUTE DISASTER | EP 3128-6PM | Frank Speech the Home of Free Speech.