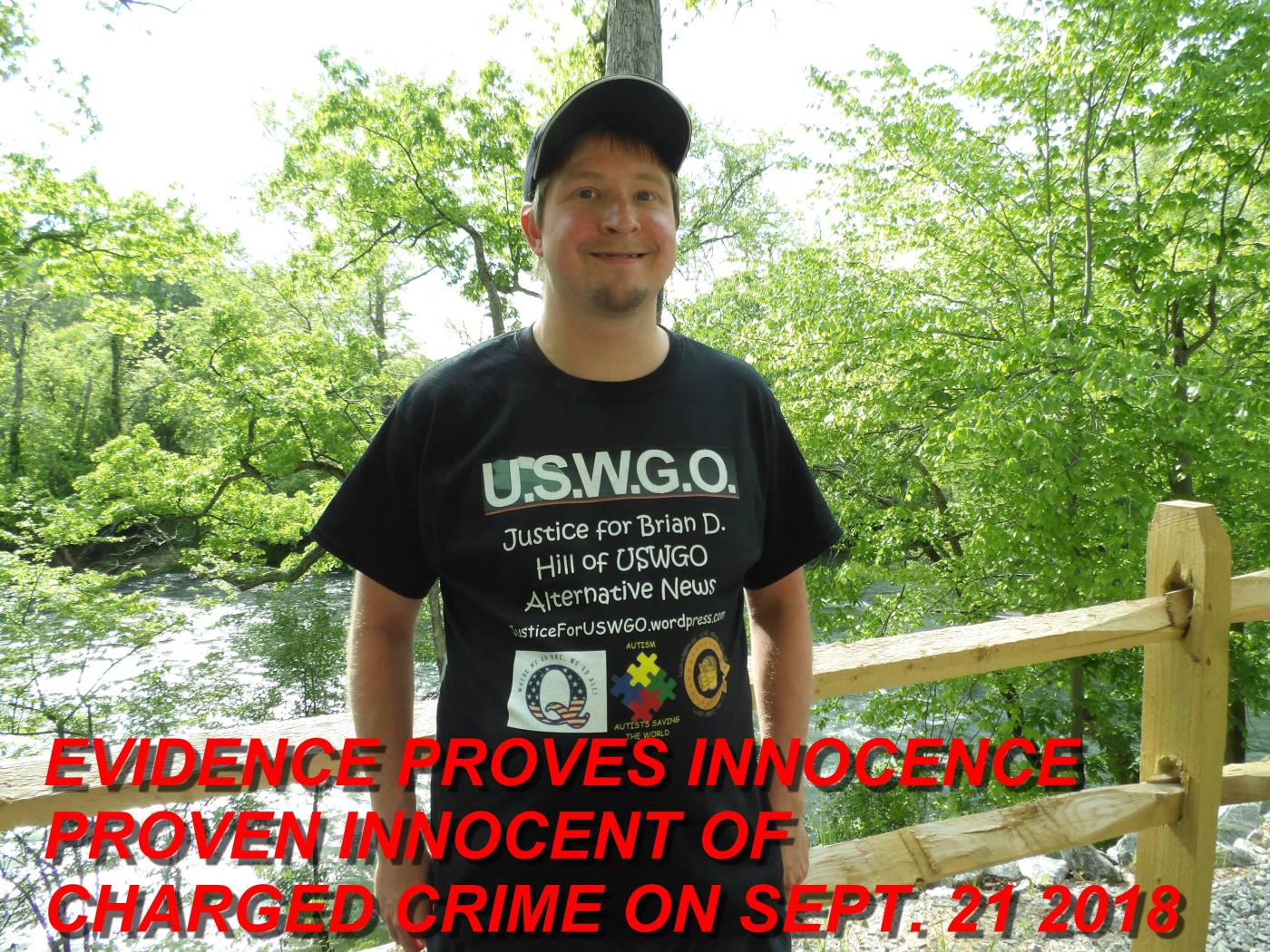 The CORRUPT U.S. Attorney for the Middle District of North Carolina had filed a request to dismiss Brian’s actual innocence claims and all other claims including the Attorney Lin Wood blackmail claims made in 2021. Brian D. Hill fought back with evidence proving actual innocence to his supervised release violation triggered by his state criminal charge in 2018. Proves corruption of the U.S. Probation Office in Greensboro, North Carolina under the corrupt supervisory U.S. Probation Officer Edward R. Cameron, who is at the center of this corrupt supervised release violation charge. Edward Cameron should face obstruction of justice charges for convicting and charging innocent man Brian D. Hill. He is formerly with USWGO Alternative News. Brian was convicted twice for two crimes he is innocent of. He is innocent of his original child porn charge in 2013, and he is innocent of his state charge in 2018. The evidence proves it. Donald Trump and his people being persecuted in the corrupt legal system, Brian D. Hill was a test case back in 2013-214. Brian’s case in 2013 which was a test case by the deep state swamp was a success at convicting those who oppose the new world order with crimes whether they are guilty or innocent. It’s sole purpose was to frame Brian up to ruin his reputation with a computer crime so heinous that nobody would help him prove his innocence and to set him up for sex offender restrictions not allowing him to use the internet. It was all set up perfectly to destroy Brian D. Hill of USWGO Alternative News and keep him off of the internet for ten years or longer.

Evidence disproves three elements of guilt concerning Brian Hill’s arrest on September 21, 2018, for indecent exposure in the middle of the night, on a deserted walking trail where one vehicle saw him from a nearby road on Hooker Street (Street named after Hooker furniture company in Virginia, like Bassett the town if named after a furniture company) which triggered Brian’s arrest by the corrupt Martinsville Police Department who purposefully destroyed evidence of Brian’s actual innocence, under the evidence destruction authorized by police Chief G. E. Cassady in Virginia. Filings in state and federal courts bring up the dangerous notion that a corrupt police chief is blocking Brian Hill from proving his innocence and then the corrupted judge of the Circuit Court named the DisHonorable judge Giles Carter Greer and the corrupt prosecutor Glen Andrew Hall. The full conspiracy cannot be proven without a full state police investigation into Martinsville government. The entire government must be investigated for obstruction of justice including lying to Federal probation officers, the lying to the federal court by local police, it’s Commonwealth Attorney, the local hospital, and it’s Circuit Court over Martinsville must all be investigated for extortion, racketeering, fraud, Medicaid fraud, evidence destruction, and obstruction of justice. Crime upon crime upon crime documented on this blog. We will speak out against these heinous crimes committed by those in trustworthy positions of law enforcement and government.

Corruption of Dr. Brant Hinchman the Emergency Room doctor at the time of Brian Hill’s arrest. Billing records prove that IV Kit and IV therapy as well as IV CATH tubes were used in drawing blood of Brian D. Hill before he was arrested which backs the entry in the medical record where lab tests including drug tests were ordered for Brian D. Hill before his arrest. The tests were never completed. A cover up took place, a cover up not favorable to Brian but favorable to the corrupt Commonwealth Attorney THUG named Glen Andrew Hall and favorable to the CORRUPT THUGS at the U.S. Attorney Office in Greensboro, North Carolina. Billing records prove all of that, the billing records and medicaid claim records tell a very interesting story of what was covered up and what was neglected. Sovah Hospital seemed to have cooperated with Brian’s family investigation into all of this.

Investigate the evidence yourself, download copies of these very important pdf documents and images posted here. Brian David Hill is actually innocent of indecent exposure in September 21, 2018 (day of fall equinox) and his General Dist. Court trial happened on winter solstice (FREEMASONS seem to run the damn show here), he is actually innocent of his supervised release violation charge in 2018.

Read the documents for yourself. Brian has proven all three elements of his guilt were not true. The U.S. Constitution and Virginia Constitution requires that all elements of guilt of a charged crime must be proven beyond a reasonable doubt before a Court can convict a criminal defendant of a crime. If multiple elements of the crime are disproven factually then this does equal factual innocence aka actual innocence.