See article: Solicitor General files waiver of response to the Petition for Writ of Certiorari in U.S. Supreme Court on issues of fraud upon the court, failure to act on pending motions 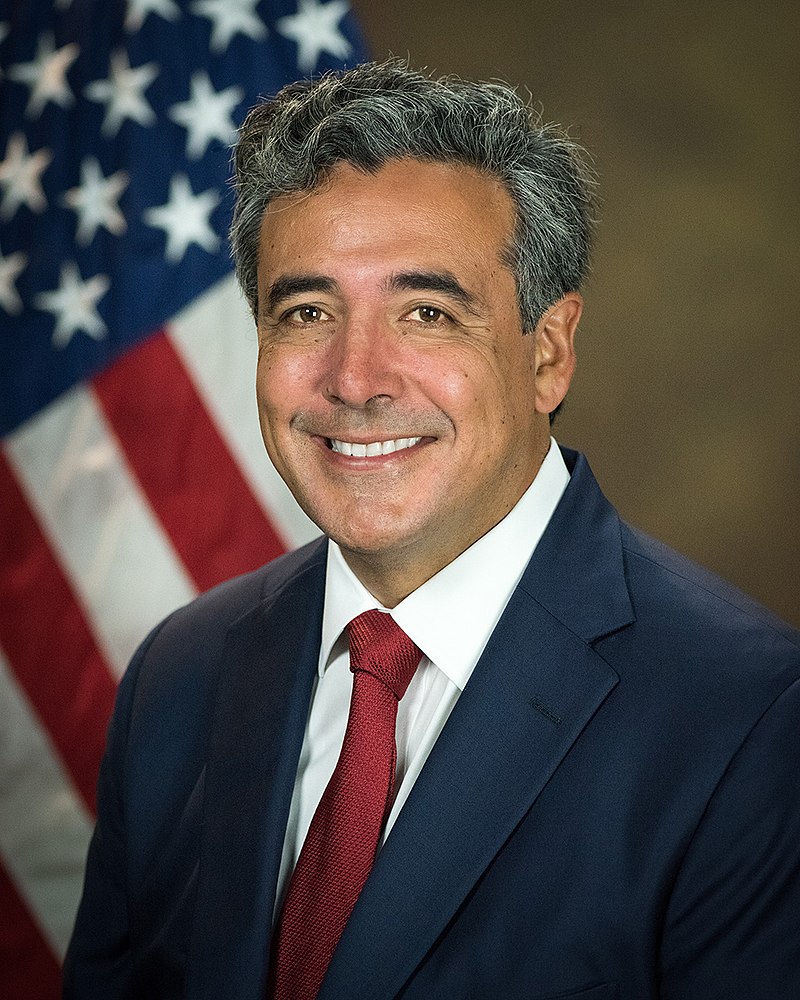 An email was sent to U.S. solicitor general Noel Francisco in regards to USWGO alternative news Brian D. Hill’s petition to the United States Supreme Court. The subject of the email mentions “Frauds upon the court”. Email was confirmed read according to documents received from Stanley Bolten, the founding admin of the blog “Justice for Brian D. Hill of USWGO Alternative News“.

Here are some screen captures.

The solicitor general was already made aware that the confirmed read email would be a public email, and so they are already aware that this would be published on this blog.

Here is a entire text of the email with any redaction of persons who have no consented to their full name being published on this blog for privacy reasons:

Frauds upon theCourt; To: SupremeCtBriefs@USDOJ.gov

I am Stanley Bolten.

I am surprised that you would waive filing a response for the government.

I’ve read Brian’s pleadings since the very beginning of his Federal criminal Case leading all the way up to the Writ of Mandamus and now the Supreme Court petition. As well as patriot [REDACTED] of Kansas who also petitioned before the U.S. Supreme Court before.

As you are aware that Brian had spent a lot of money for this petition for writ of certiorari from the letter to SCOTUS that his mother had sent Laurie Azgard and was posted on the blog, asking the Clerk to docket the petition online. Brian’s SSI is severely limited, so for him to spend quite a lot of money on this petition shows that the decision was not made lightly. I mean he has a limited amount of money every month on a fixed income then spending over a hundred on the SCOTUS petition.

Brian, his friends, and his family are all hoping for justice for Brian Hill. 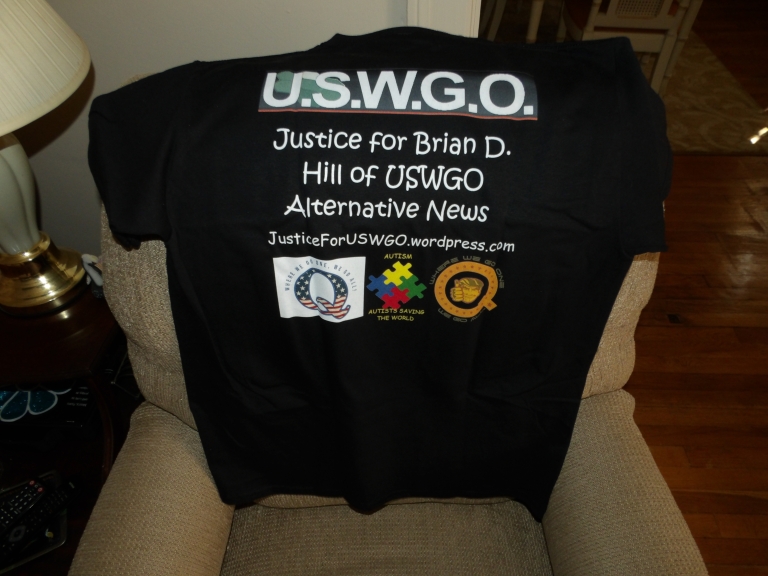 The DOJ should have investigated that so many years ago. I believe that is why he had Qanon in his filings because he’s so sick of the Injustice in the federal court and sick of such open corruption. Judicial and prosecutorial corruption.

Then the US attorney keeps lying in the court filings and when Brian Hill proves it, that the judge punishes Brian like he’s in the wrong for exposing Ramaswamy’s lies when he’s never lied. Then the judge turns around and makes up stuff about Brian in his opinions. I have followed this case to know what bullshit is. Donald Trump said the Russian collusion delusion is “bullshit” and I believe it is the same way with Brian’s entire criminal case. No disrespect Hon. Noel Francisco.

In response to three different motions with allegations against AUSA Ramaswamy that Brian had filed in reference to fraud upon the court, it is noted on courtlistener that the u.s. attorney never filed a timely response (nor did they file any response in the district court) to the motions for vacating fraudulent begotten judgments and asking for sanctions against the US attorney for the fraudulent begotten judgments.

In fact the judge will not even make a decision of those pending motions as of what is on the docket, that is on public docket. There’s been so much gaping holes of abuse, fraud, corruption, and usurpations by people in the DOJ for all of these years. Donald Trump wanted his staff to drain the swamp and I think that you want to drain the swamp too, I hope.

My OPINION: There is no future for the American people with the SWAMP. The swamp needs to be undone. The swamp needs to be overthrown and imprisoned for their consistent acts and conspiracy of illegal sedition and treason. The Deep State swamp is not lawful government here, they are acting in excess of lawful jurisdiction, just like Judge Thomas David Schroeder. They all act in excess of lawful jurisdiction, and break the laws in front of us and commit fraud against the American people. Every day they have moved to undo our Constitution and send thugs like ANTIFA. President Trump was elected to put a stop to this kind of political maneuvering, corruption, and secret societies like JFK spoke of.

You can right the wrongs Noel Francisco. You can right the wrongs in the Department of Justice before the U.S. Supreme Court. I ask of you and beg of you to not let Brian’s petition for writ of certiorari die before it even goes before a conference. And then Anand Prakash Ramaswamy needs to be punished for his crimes, and for his federal crimes at that. Brian is a victim of legal terrorism since 2012, not including Righthaven LLC.

Brian was the target of the Deep State. They tried to poison Brian and his mother with carbon monoxide gas in late 2017 till January 2019. I hope the Deep State will stop targeting Brian Hill and his family. He had done nothing to warrant this war by the Deep State of the United States against him. He had done nothing to warrant being legally terrorized all of these years. All he did was run an alternative media political blog called USWGO alternative News at uswgo.com. That was his only crime and being defrauded by the corrupt U.S. Attorney office back in 2013.

If you know anything about how honorable President Donald John Trump is when he appointed you to your term of office, I ask of you to help drain the swamp too and to help those who are victim of corruption who ask the US Supreme Court for help like Brian David Hill.

You can still right the wrongs. This letter will be turned over to Laurie Azgard to publish to the justice blog. So consider this a public letter. I am sorry but the Corruption must end in your Department of Justice. Corruption has to end. God bless you.

I am Stanley Bolten. I own the Justice for Brian D Hill of USWGO alternative news campaign blog.

That email is advising the U.S. department of Justice to drain the swamp, remove the corruption, and hold Anand Prakash Ramaswamy accountable for his blatant and open and bold political corruption in North Carolina. The corruption is violating BAR rules such as 3.8 and 4.1, 4.1 enshrining that all licensed attorneys have to tell the truth and not defraud anybody including the judicial system. When an attorney is caught defrauding the court, sanctions should be very tough against them, such as disbarment or even vacating a victory of judgment in their favor by the court. When an attorney is caught lying to the court multiple times and caught defrauding the court multiple times, then any judgments in that attorney’s favor should be vacated.

When a federal court champions fraud upon the court, then it no longer holds any integrity and cannot run as a legitimate fact-based judicial tribunal, it no longer acts within the rules of law. It acts against the law, it acts above the law, and it acts in contrary to the law.

The “United States District Court for the Middle District of North Carolina” as the Supreme Court entitles the respondent, is no longer acting legitimate and is no longer acting under integrity, and that if Congress does not act to fix this issue then no American citizen of the United States should ever respect any officials of this very federal court district. Nobody should respect the judges, nobody should respect the clerks or any official working on their behalf. The declaration of Independence makes it clear that if any form of government inside of the United States creates a “long trail of abuses and usurpations, creating verifiably the same object, it evinces a design to reduce us under absolute despotism. It is their right, it is their duty to throw off such government and provide better guards for our future security”. If a federal court has had history of repeated abuses and usurpations and is acting in rebellion to Supreme Court decisions and does whatever it pleases and doesn’t care about defaming parties and doesn’t care about the frauds, crimes, and abuses of the government, the that federal courthouse no longer has legitimacy and should not be treated as such by any citizen of the United States.

I understand my words here sound extreme and some would probably call me an extremist, but no valid Article III court should engage in violations of U.S. law, in violation of the rules they expect everybody to follow, and should not engage in knowingly depriving their parties to a case of their guaranteed Constitutional rights, their God given rights, to all men and women. Any court inside the United States of America that acts subversive to our Constitution is dangerous to our republic. It is pure and simple.

7 thoughts on “EMail to U.S. Solicitor General Noel Francisco on Fraud upon the Court brief in U.S. Supreme Court, asking him to “Drain the Swamp””