Note: If there was indeed a man wearing the dark hoodie who had threatened to kill Brian’s mother then that is domestic terrorism since they are terrorizing Brian and his family to not fight for prove his actual innocence in federal court after being framed. Whoever sent those greeting cards including the threatening greeting card to commence a “controlled action” against Brian’s mother may also be domestic terrorism. Brian needs to be protected by the DOD since the corrupt Swamp FBI won’t do anything for Brian and the DOJ just pisses on top of him in federal court records.

Emails are being directed to the patriots alliance inside of the Department of Defense [DOD] government agency. I am asking them to get a message to President Donald John Trump or even Attorney General William Barr. Whether any of them are actually Qanon or not, David Wilcock of divinecosmos.com had mentioned about a group of patriots inside the DOD who are sick and tired of the criminal globalist group known as the “cabal” who are also known as the “Swamp”, “deep state”, and arbitrators of the New-World-Order conspiracy.

I had decided to email them and already got 36 read receipts from “.mil” military email addresses, some civilian workers and some actual military. A few have decided to try to ban my emails by considering the content to be “banned” content and are likely cabal advocates scared that Brian’s story is spreading around the White House, around Trump Organization, and now around the Department of Defense.

The DOD alliance is listening, here is the screenshot. 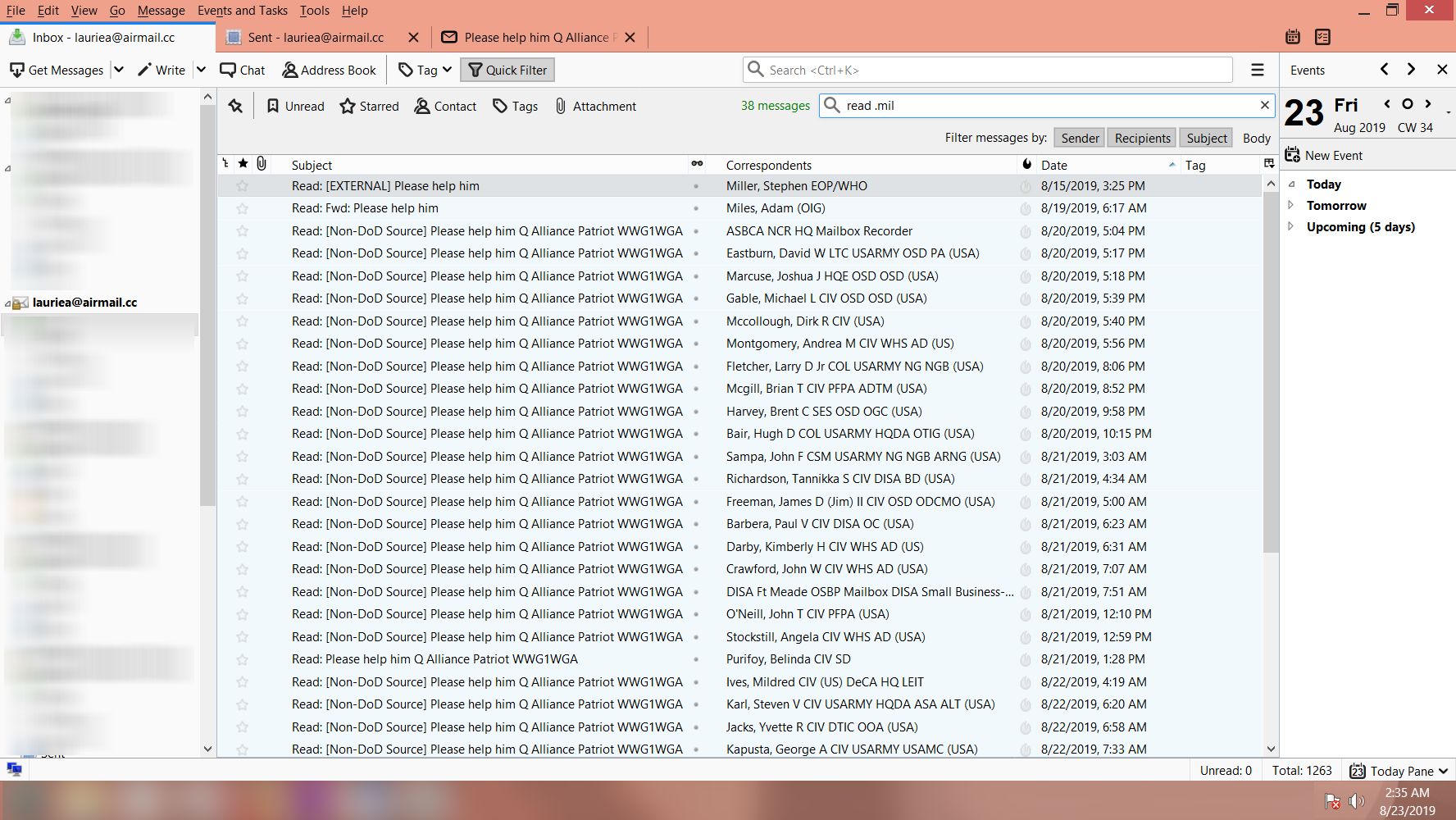 They may have also reviewed over the Bitchute video about Brian asking Qanon for help. See video: Brian D. Hill asks QANON for help July 9, 2019