The latest child pornography set up attempt on Alex Jones of infowars.com, shows a deeply disturbing trend of anonymous email senders emailing child pornography to political activists and alternative media in attempts to frame them for federal charges. 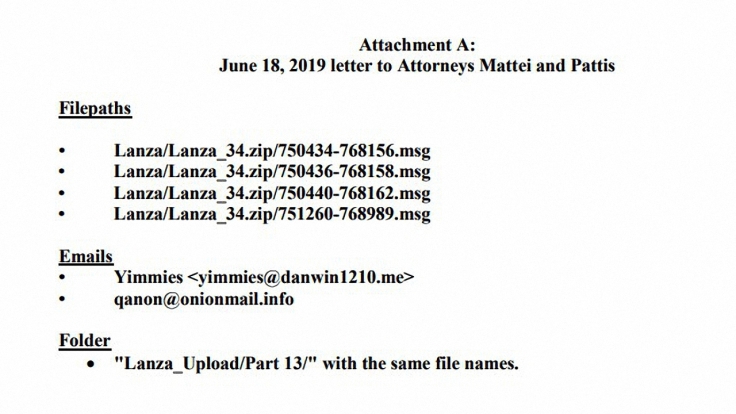 Somebody created qanon@onionmail.info email address and sent the illegal attachments to Alex Jones.

Screenshots were taken during his live radio show broadcast showing deeply disturbing message in all caps telling Alex that he needs to “F**K LITTLE GIRLS” and little boys. The language used in this anonymous email was deeply disturbing. Whoever created this email had decided to drag QANON’s name through the mud in order to destroy the reputation of the so-called anonymous group of posters on 4chan who posted about declassification of government material concerning political corruption, and also was part of the #SealedIndictments team who reported there is a rising number of sealed criminal indictments in the federal-level. Likely it may be corrupt Government officials and treasonous traitors who may be on the sealed indictment lists.

I don’t need to repeat the filthy and disturbing language in this email screen shot, this screen shot speaks for itself.

Alex had said on June 21, 2019 show that it was connected with the so-called qanon group but later said on his show that the perpetrator or perpetrators” may not be a member of qanon.

it says that “Would the FAKE NEWS media (& other controlled asets) expend this amount of time and resource attacking [attaempt to discredit – cast as conspiracy – LARP” and “YOU ATTACK THOSE WHO THREATEN YOU THE MOST“.

They created an earlier post stating that there are those “framing for crimes”, in other words frame innocent people with crimes to destroy their character. Character assassination at work.

Threat to Controlled Narrative.
Other than POTUS, can you name a group more attacked than ‘Q’ by the FAKE NEWS media.
Multiple tactics deployed including framing for crimes (think bridge, mob boss, etc etc).
DESPERATION.
Reconcile using logic.
THINK FOR YOURSELF.
DIVIDERS will FAIL.
Q

Read this other article on We Are Change about the set up attempts against other alternative media and political activists.
WRC EXCLUSIVE: Alternative Media Writer Brian D. Hill Setup On Child Pornography Possession