Federal court filings from Brian D. Hill (‘USWGO alternative news’) [evidenced from courtlistener, Dkt #179], shown evidence that Brian had done something that he never had done before, something that could have ruined his 2255 motion and lead to a supervised release violation (SRV) charge against him.

Further evidence had shown that an expert witness named Pete Compton [‘ACE Chimney & Wildlife’, Bassett Virginia business] admitted in this written report (1pg) that Brian’s apartment and his mother’s apartment had carbon monoxide gas exposure. Don’t know why the word poisoning was struck out but the carbon monoxide and “GAS” was added to the side. Anyways, Brian and his mother were in a home last year with tin (tin foil or tin sheeting?) on the flumes in or on the chimney causing carbon monoxide gas (CO) to enter the entire two apartments they were living in prior to Brian being arrested by Sgt. R. D. Jones of Martinsville Police Department.

Further review of court documents on pacer.gov shows that Brian had reported that a man wearing a dark hoodie had threatened to kill Brian’s mother had he not taken his clothes off at night, walk on a hiking trail, and then take pictures of himself, and then leave the camera or SD card on some bench. Docs have been added on IA. [citing documents 152 on up] 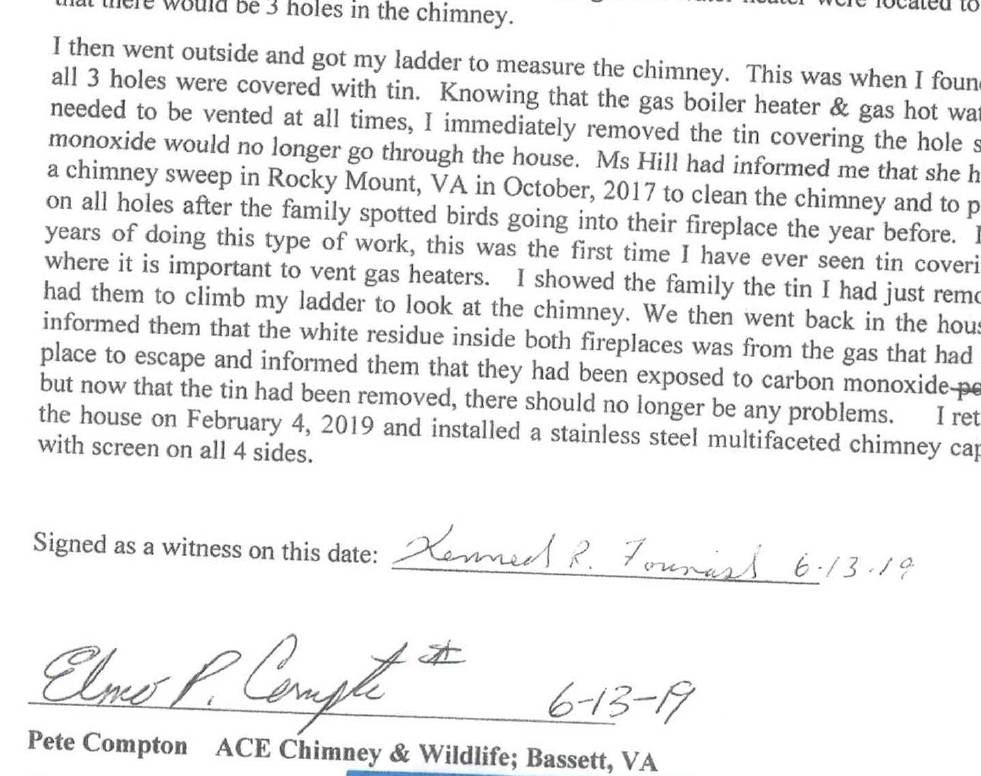 Looks like an affidavit but not quite, but this document was filed on federal court record. So more than likely, the U.S. Attorney is going to want to question this man.

Some could speculate that Brian may have been a victim of MK-ULTRA on September 21, 2018, and others could point out that it is odd that Brian would all of the sudden be the victim of carbon monoxide gas after tin was added to the flumes of his home’s chimney. Was somebody trying to kill Brian Hill? [lol sorry for that weird rhyme]

Brian had filed documents last year accusing the U.S. Attorney asst. Anand P. Ramaswamy of corrupt activities including obstruction of justice, subornation of perjury, and violating Hill’s civil rights under the color of law. Then right after that, it is like he snapped, goes crazy, meets some man wearing a dark hoodie that ordered him to walk around butt naked or his mother would be murdered in cold blood. WTF? So he writes affidavits to the court stating that 1. he was drugged (CO poisoning?), 2. he kept his door unlocked despite stating that he felt paranoid and felt somebody was watching him and his home, 3. exhibited behavior that he had not done after and had never done before, 4. and the police don’t have any laboratory results to check his blood for toxicity.

Brian had been at Sovah Medical hospital in Martinsville [formerly Martinsville Memorial Hospital], they ordered lab results for blood count. 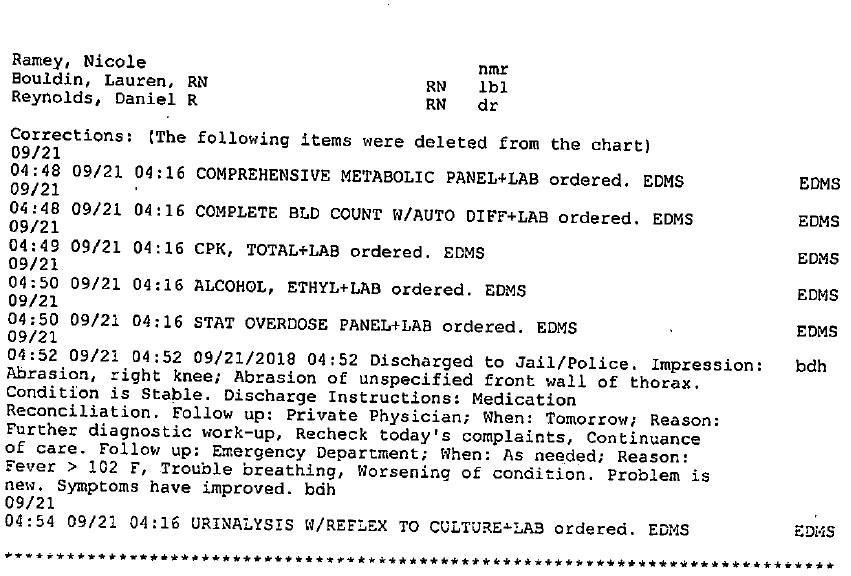 So blood was drawn [why else would laboratory tests be ordered?] but then deleted from the chart of his medical records. So the hospital failed to test for carbon monoxide poisoning levels? failed to actually test for CO?

They left it up to Martinsville police department (at 55 W. Church st) in Virginia and their jail to conduct the blood work for the laboratory results. They did no laboratory results from what was reported by Brian’s lawyer Scott Albrecht.

Was this medical neglect by the Martinsville Police? Martinsville City jail? or was it the hospital? Interesting how Brian sounded angry in part of his filing and had threatened to sue the U.S. Attorney, the police, the jail, and the Commonwealth Attorney for negligence, wrongful imprisonment, and violation of his right under the Americans with Disabilities Act [known as ‘ADA’].

With no laboratory results will Brian be convicted of the charge of indecent exposure? Serious disability rights lawyers and civil rights lawyers need to dive into his case due to the serious health issues which were ignored by both the hospital and the police department in Martinsville. Has anyone even bothered to email the Governor or Attorney general about what has wrongfully happened to Brian????

You can keep check of his criminal case here: http://ewsocis1.courts.state.va.us/CJISWeb/circuit.jsp 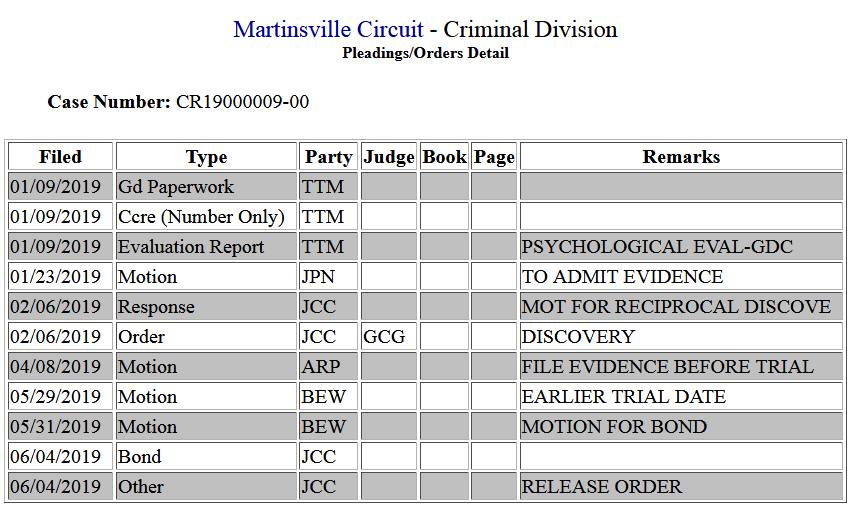 It appears that Brian had already filed some motions. Earlier trial date [copy of that motion was filed on federal court dkt. # 178], “TO ADMIT EVIDENCE” and “FILE EVIDENCE BEFORE TRIAL”. It appears that Brian had already filed pro-se motions for what I am reading. Did he bring up the carbon monoxide and what evidence did he actually file? I do not have access to those state court filings. If I manage to get a copy of them then I will post here unless they are sealed.