This is the day I have feared for the worst of all to happen to good patriots and alternative media. The child pornography set up attacks continue while Brian sits wrongfully convicted and ignored by the FBI.

YouTube Link in case the embed doesn’t start the video at 51(min):20(sec)

I have created a rough transcript of this statement:

I don’t have the details and am waiting to see if anybody from Infowars is willing to make a public comment on the whole claim that Alex had just made yesterday during his radio broadcast.

Sounds similar to what had happened to Luke Rudkowski, Stewart Rhodes, and Melissa Melton.

the YouTube video regarding Melissa Melton being given a set up attempt has disappeared off of YouTube. A link to a posting regarding the set up is here!

Now it has apparently happened to Alex Jones of Infowars, Free Speech Systems, LLC. In the heart of Austin, Texas.

In the threatening email Brian D. Hill of USWGO Alternative News had filed with the federal court in a portion of all evidence filed for his 2255 claim of actual innocence, it had briefly mentioned the name “Alex Jones” and “others are next”. The same tormail account tactic and type of methods of operation, seems to be happening to those who were in Brian’s circle of friends, just as Attorney Susan Basko (Sue Basko) had mentioned about in her Document #46 Declaration under penalty of perjury in Brian’s criminal case.

Alex Jones, Dan (possibly Dan Johnson), and they were all targeted by child pornography set up attempts. 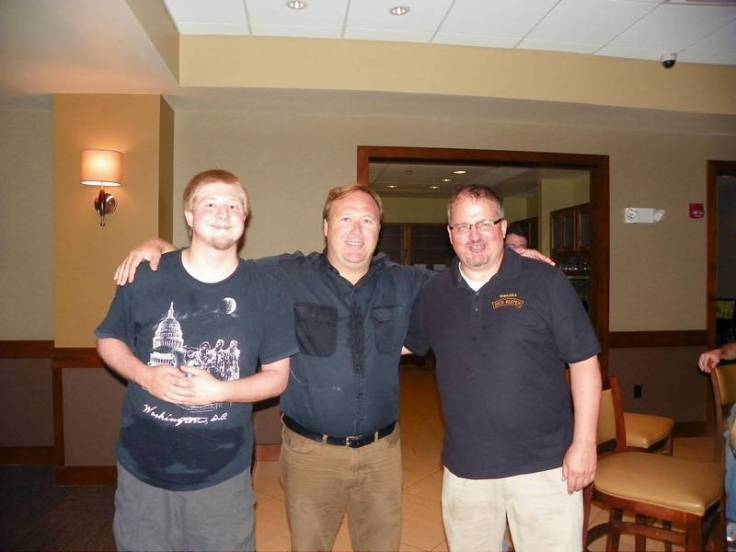 Right as the U.S. Attorney office in Greensboro, North Carolina are pushing for complete censorship of Brian’s criminal case by massively sealing all of his 2255 Motion court filings if they have their way and if they’re motion is granted by the U.S. Magistrate Judge in Durham, North Carolina.

Susan Basko also seems to want her name out of Brian’s criminal case as she had mentioned to me in one of her last email to me. I will not share the entiree message on my blog at this time in respect to Sue Basko. However it seems like the intimidation, the push for mentioning to the Court that Brian may commit suicide, and now Alex Jones is getting a child pornography set up attempt. If Brian does get assassinated or kills himself, then another child pornography set up victim and witness disappears off of the map. Usually these false flag operations happen before something major happens. We need to keep Brian safe and we need the Feds to be consistently watched by patriots and whistleblowers.

We must remain vigilant, on HIGH ALERT!!!!

19 thoughts on “Alex Jones receiving a child pornography set up attempt, reported to the FBI?”