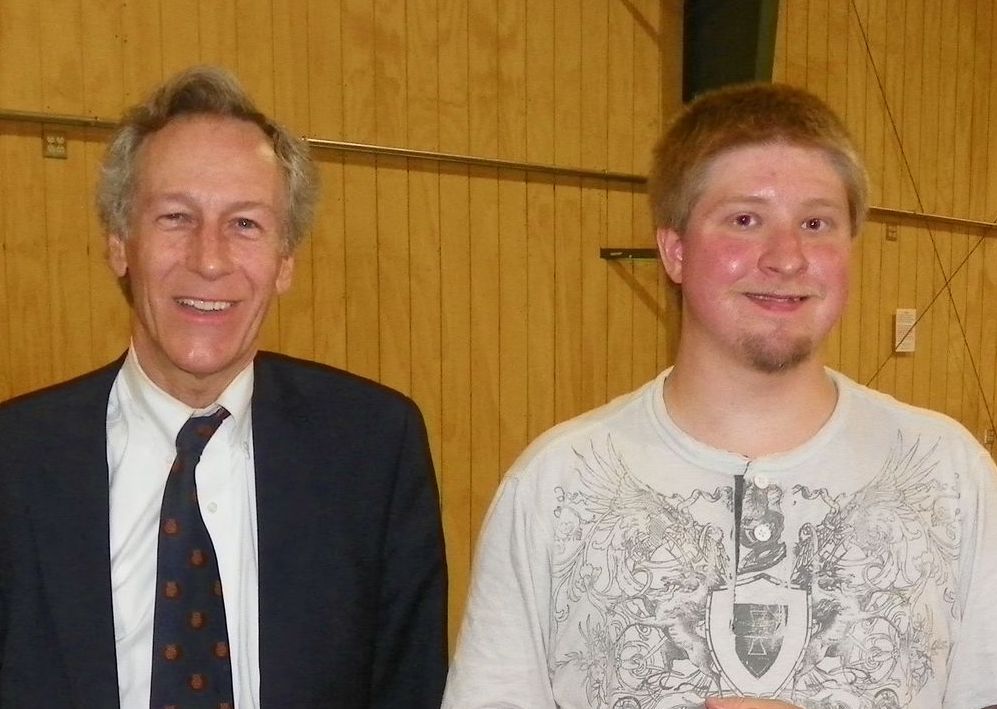 Here are the five best interviews Brian D. Hill of USWGO Alternative News had done before he was framed by somebody or a group of people that had sent him multiple tormail.org messages. Brian had interviewed a variety of people, one of them named Virgil H. Goode a former Congressman in Virginia and was also a regional campaign chairperson for the Presidential campaign of Donald John Trump (45th President of the United States).

Evidence of who Brian was before he became a frame-up victim and helps show some of his alternative media work.

Here are the interviews from news reporter Brian D. Hill himself as embedded on YouTube (unless those videos have been censored):

Also the copy of the article about the interview was also archived on prisonplanet forum while USWGO still had an account there before requesting removal of his registered account out of fear and intimidation caused by the town of Mayodan and it’s Police Department: USWGO Interviews Presidential candidate Virgil Goode; admits he knows Bilderberg

Wayback Machine does not have that page archived but remnants of the old post are likely floating around internet-land somewhere.

3. Interview of Dr. Michael Coffman, a man that exposed the fraud of the UN ICLEI/Agenda 21

(Now deceased so this interview is definitely historic)

Interview with Dr. Michael Coffman on Agenda 21, connection to ICLEI and the NAFTA Super Highway (Trans-Texas Corridor), Smart Growth, and how it affects local areas.

The Interview was done via webcam via Skype at 10fps. The audio on the interviewers side is a bit hard to hear so it will be overdubbed or enhanced then a enhanced version will be uploaded later on but subtitles were placed with every question the interviewer asked so that people can understand what questions were asked.

orn in 1943, Dr. Michael S. Coffman received his BS in Forestry and MS in Biology at Northern Arizona University at and his Ph.D. in Forest Science at the University of Idaho at Moscow in 1966,1967, and 1970 respectively. Since then he has become a respected scientist and ecologist who was involved in ecosystem research for over twenty years in both academia and industry. He taught courses and conducted research in forest ecology and forest community dynamics for ten years at Michigan Technological University–a leading forestry school in the Midwest. While there, he published a book on forest ecosystem classification in Upper Michigan and Northern Wisconsin, which has become the standard for classification in the region. He also assisted the U.S. Forest Service in developing an Ecological Land Classification System for each of the National Forests in Region-9.

I took this video on July 4, 2012 at the Red Hill Plantation in Virginia (Last home of Patrick Henry) of my grandson as he is interviewing Patrick Henry’s ‘s 5th great grandson, Patrick Henry Jolly (Gives the “Give me liberty or give me death” speech each year at Red Hill near Brookneal, VA). Patrick Henry led the opposition to the Stamp Act in 1765. “Is life so dear, or peace so sweet, as to be purchased at the price of chains and slavery? Forbid it, Almighty God! I know not what course others may take; but as for me, give me liberty, or give me death!” A Founding Father, he served as the first and sixth post-colonial Governor of Virginia, from 1776 to 1779 and from 1784 to 1786. He also helped with the Bill of Rights. At the time he was governor: After the United States was formed, the entire states of West Virginia, Kentucky, Indiana and Illinois, and portions of Ohio and Western Pennsylvania were all later created from the territory encompassed earlier by the Colony of Virginia.

USWGO Alternative News head reporter Brian D. Hill interviews Preston Nichols a Montauk Project Electrical Engineer. He talks about Sound Frequencies, to HAARP, to talking about the Rife Machine Technologies by Royal Raymond Rife, to Wormholes to explaining the science of God, and then to technological stuff. He also brings out about how certain frequencies can kill people which I believe HARRP is excelling at. He mentions a lot of good stuff for well over 30 minutes.

So that is his five best interviews. If anybody wants to surf around the archive WayBack machine to see Brian’s old website before he was set up, then you can freely travel to the parts of his website that were successfully archived at the Internet Archive:

Brian is definitely a real news journalist, wasn’t perfect, but he definitely did some great work before his life was turned upside down by the police raid on his residence.

2 thoughts on “The best five USWGO news interviews Brian D. Hill did before he was framed”